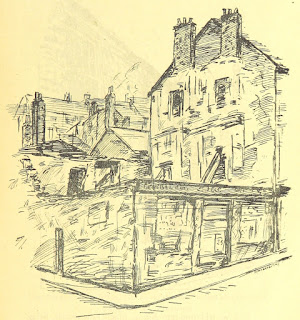 The Tail Stones district is the lower class area of Salt in Wounds; still largely destroyed following the devastation of the 12th Meridian Crisis. What follows is a selection of random encounters for a party moving through this area of town.