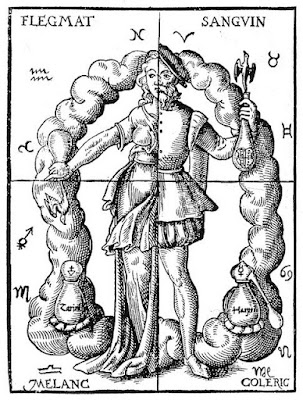 The Alchemist class for 5th Edition was designed by the exceptionally talented Rich Howard and originally published on Tribality. A full fledged Alchemist supplement (featuring 7 total tradition options) is available now through Drive Through RPG. Information below posted with permission.

Alchemy is the study of the fundamental physical and magical forces of the universe, and many believe the precursor to “true magic”. Like wizards, alchemists examine and experiment with the world around them, not only infusing potions with arcane and scientific power, but creating devices that make the world around them easier to survive. The ready availability of Tarrasque blood and magically infused viscera means that alchemists are extremely common within the the City of Salt in Wounds; and the unique economy of blood, body, and bone powers their craft in ways unique to the metropolis.


Of all Alchemist types, Metamorphic Alchemists
are the most common within the city (although poisoners and reanimators are well represented). The Salt in Wounds Metamorphs most commonly study the Tarrasque, using the unique magic of the beast to power their own bodily transformations. (For additional information about 5th Edition Alchemists -including 6 additional traditions- check out ‘Alchemist ’ by Rich Howard.)

Drawing on alchemy, science, and arcane magic, the alchemist is able to create substances that heal, poison, explode, transform, and duplicate a range of spell-like effects. An alchemist’s “spells” are referred to as mixtures and the recipes to create mixtures are called formula.
Mixtures include a range of items like weapons, wands, orbs, rods, belts, amulets, and bizarre mechanical and mystic devices in addition to the potions, salves, and teas commonly associate with alchemy. For Salt in Wounds Alchemists, most of these mixtures and artifacts take on a bloody biological nature; carved bits of bone which seep clouds of red mist into the air, small glands thrown like grenades, odd clockwork constructs formed from taut cords of sinew. Alchemists keep the recipes for these mixtures in a book similar to a wizard’s spellbook. See below for the list of alchemist formula.
Though alchemists gain 7th, 8th and 9th level mixture slots, they may only use these slots to trigger bonus formula, empower 1st-6th level mixtures, or to power tradition features.

The Alchemist table shows how many mixture slots you have to create your mixtures of 1st level and higher. To create alchemist mixtures, you must expend a slot of the mixture’s level or higher. You regain all expended mixture slots when you finish a long rest.
Unlike a wizard or sorcerer spell, when an alchemist creates a mixture they may delay the effects. Once you have selected a formula to make into a mixture you may trigger the effects immediately, hold onto that mixture for use at a later time, or give the mixture to another creature. If the mixture requires a choice of effects, such as with enhance ability, that choice is made by you when the mixture is created. You may have a number of un-triggered mixtures active equal to your proficiency modifier.
A creature with an Intelligence greater than 4 who is holding the mixture may use an action to trigger the mixture’s effect. For example, if you create a mixture in the form of a small hand crossbow that fires a ray of frost, you may trigger ray of frost as part of the Action used to create the mixture, tuck it into your belt to use as an action later, or give it to your party’s fighter. The fighter may use an action to fire the mixture at a target up to the formula’s range. Saving throws associated with mixtures use your saving throw DC. Attack bonuses use the Intelligence score of the creature that triggers the mixture plus your proficiency modifier. The target or targets of a mixture are determined by the creature that triggered the effect.
Unlike standard alchemical items or true magical potions, mixtures lose their magical qualities once you regain your mixture slots after a long rest.
You prepare the list of formula that are available for you to turn into mixtures. To do so, choose a number of alchemical formula from your formula book equal to your Intelligence modifier + your alchemist level (minimum of one formula). The formula must be of a level for which you have mixture slots.
You can prepare a different list of formula when you finish a long rest. Preparing a new list of formula requires time spent studying your formula book and prepping vials, censures, tablets, wands, or other items: at least 1 minute per formula level for each formula on your list.

You can trigger a formula as a ritual if that formula has the ritual tag and you have the formula in your formula book. You don’t need to have the formula prepared nor do you need to expend a mixture slot.

Any spell scroll or spell book that includes a spell on the alchemist formula list may be translated and transcribed into a formula book. This process is similar to transcribing a spell. The spell scroll contains enough information about the magical process that creates the spell for the alchemist to duplicate its effects using their own techniques. Alchemists cannot, however, trigger spell scrolls of any kind.

Alchemists may attune magic items that are normally limited to the sorcerer and wizard classes, as well as items that require attunement by any spellcaster.

Starting at 2nd level, whenever you use downtime to create items using an alchemist kit (items determined by your DM, but typically include alchemist fire and acid) you create a number of items equal to your proficiency modifier instead of a single item. This ability does not apply to poisons or items created using an herbalist kit, such as antitoxin and potions of healing.

When you reach 3rd level, you choose an alchemical tradition that hones your chosen area of study. Your choice grants you bonus formulas and tradition features at 3rd level and again at 6th, 10th, 14th, and 18th levels. (Additional tradition options via _)
Bonus Formulas
Each tradition grants an alchemist bonus formulas that are automatically added to the alchemist’s formula book when they gain mixture slots of the appropriate level. These bonus formula are considered alchemist mixtures for their tradition only and must be prepared normally.

At 20th level, you can allow three creatures who have triggered your mixtures to maintain concentration on those mixtures in your place. In addition, you may have any number of 1st level or higher mixtures un-triggered at one time. Un-triggered cantrip mixtures are still limited to a number equal to your proficiency modifier (6)

Not all alchemists search for answers in the outside world. Some resort to personal and “professional” experimentation to improve the humanoid condition. Metamorphs learn techniques for enhancing the abilities of their companions as well as transforming their own bodies.
Most of the metamorph’s formula are easy to imagine. Alter self, enhance ability, jump, expeditious retreat, and regenerate are often potions, salves, or patches, and may cause minor cosmetic effects in their users. Cantrips such as poison spray, ray of frost, or fire bolt could be potions that grant the breath weapons of dragons or other creatures. Not all mixtures are required to be born from nature; metamorphs are alchemists just as any other tradition and can create mixtures that duplicate a range of effects.

At 3rd level, you can expend a 2nd level mixture slot to trigger alter self, enhance ability, and mage armor as a single action. All spells activated by this action must be prepared and are considered a single magical effect with a duration of “Concentration, 1 hour” and a range of self. Should you fail a concentration check or trigger an additional mixture that requires concentration, all spells activated by this Action end. See Concentration and Mixtures above for more information.
The benefit you gain from the enhance ability mixture may be selected from: bear’s endurance, bull’s strength, or cat’s grace. In addition, select one mental ability score (Intelligence, Wisdom, or Charisma). You gain disadvantage on all ability checks using that ability score for the duration of the effect.
Additional mixture slots expended after Mutagen is triggered resets the duration to “Concentration, 1 hour”.

At 6th level, you have developed potions, pills and treatments that enhance your health and endurance. You may add your Intelligence modifier to your hit point total at each level, as well as when expending Hit Dice to recover hit points, instead of your Constitution modifier. This effect is retroactive to 1st level.

At 6th level, you can expend a 3rd level mixture slot to use your Mutagen class feature instead of a 2nd level slot. If you do, you gain the following additional benefits:

At 10th level, you may expend a 5th level mixture slot to use your Enhanced Mutagen class feature instead of a 3rd level slot. If you do, you gain the following benefits in addition to those:

At 14th level, you can expend a 7th level mixture slot to use your Superior Mutagen class feature instead of a 5th level slot. If you do, you gain the following additional benefits:

At 18th level, you can expend a 9th level mixture slot to use your Enduring Mutagen class feature instead of a 7th level slot. If you do, you gain the following additional benefits:


The Alchemist class for 5th Edition was designed by the exceptionally talented Rich Howard and originally published on Tribality. A full fledged Alchemist supplement (featuring 7 total tradition options) is available now through Tribality publishing. Information below posted with permission.

Email ThisBlogThis!Share to TwitterShare to FacebookShare to Pinterest
Labels: 5e, For GMs, For Players